On Wings of Pity – excerpt 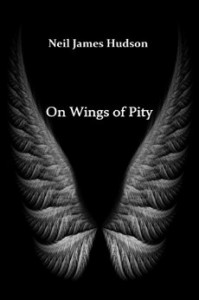 “I’m sorry to tell you that the blood test was positive,” said Dr Winship, looking professionally calm. I wondered if she felt any genuine sorrow for me, or if she no longer viewed me as a human being. “I’m afraid you have the third mutation.”

I felt as if she herself had injected me with the virus. I knew I had Thirds as soon as I saw the H-shaped marks on my arm, but Dr Winship had insisted on confirming it with a blood test. This was, after all, all she could actually do.

I struggled to keep myself calm. “How long have I got?”

“Thirds patients have fifteen days. They don’t feel ill for most of it, some of them even think they’re getting better.”

I knew this already. I had first noticed the marks this morning, and spent several hours trying to scrub them off. When I finally called the emergency helpline, I already knew how long I had before the disease ran its course.

“That’s impossible. It can’t run to such an exact schedule.”

She ran her hand through her hair, and for a moment I had the idea that she was the patient. “There’s something almost sarcastic about it, isn’t there? Nature’s full of bumps and byways, redundancies and approximations, maybes and surprises. This just does its job, according to schedule. Don’t ask me how. We’ve no idea how our bodies have been harnessed in such a way. But you’re right, it doesn’t look natural, does it?”

“Is there anything at all I can do?”

“I can arrange for counselling. I can also put you on the list to volunteer for any experimental treatments that arise.” I thought about this for a few seconds, then nodded. It was the only thing that medical science could offer. “There are also the Treatment Zones, where people volunteer to go for study. Very noble, but I don’t recommend it unless you think you’re a special case. They’re no better than prison camps.”

“So, what would you do in my situation?” I didn’t know why I was asking this. I was quite sure that Dr Winship was terrified of the disease. She worked with its victims every day, and neither she nor anyone else knew how it was transmitted.

“Seriously? I’ll tell you exactly what I’d do. I’d forget all my medical training, all my scientific scepticism, and embrace every alternative treatment available. Even the most crackpot ones. And I’d hope that one of them had accidentally stumbled upon something useful.”

It was what people usually did. There was nothing else left to do. None of the supposed therapies on offer had been shown to have the slightest effect on Thirds, but the more useless they were, the more their prices went up. After all, Thirds patients had no further use for their money.

“Well, Doctor, I’ve decided to use the short time I have left on good works, and I shall start now with an act of supreme kindness. I shall get the fuck out of your office.”

It was rude of me, but she made no further comment as I left. Outside it was cold but the sun made it feel like high summer, and I imagined I could feel the vitamin D forming in my skin, but I had covered my arms so as not to show that I was marked for death.

I would put my faith in a succubus called Ellathea, and I had two weeks to find her.

On Wings of Pity is available from Amazon and other good ebook retailers.